Ask Question
Asked 5 years, 11 months ago
Active 5 years, 9 months ago
Viewed 736 times
2
$\begingroup$
This question already has answers here:
Who decides what measurement units are used for altitude, and why is there no standard? (3 answers)
Closed 5 years ago.

Why doesn't the aviation industry use SI units?.

I believe only a few countries use meters and other SI units in air transportation, including India and China (please correct if wrong).

Using kts and NM in navy -- built from the length of the 1' arc on a meridian -- simplified nautical mental arithmetic, and likely also helped at the beginning of aviation.

In Annex 5 - Units of Measurement to be Used in Air and Ground Operations, ICAO allows 3 non-SI units (knot, foot, nautical mile) to be used...

as alternative units because of their widespread use and to avoid potential safety problems which could result from the lack of international coordination concerning the termination of their use.

... but overall states in the same document that only SI units should be used, the same units for all members. Nevertheless the termination dates for alternative units have not been specified:

It is intended that the use of the non-SI alternative units [...] will eventually be discontinued in accordance with individual unit termination dates established by the Council. Termination dates, when established, will be given in Chapter 4.

Vertical measurement in meters may be the more complex due to the existence of flight levels in feet, with the full system of vertical separation based on FL.

This topic was discussed in Using feet vs meters for altitude?. The current question is not a duplicate of the latter. 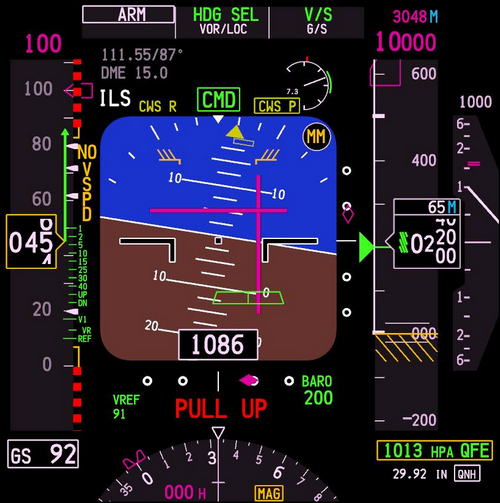 Wouldn't it be useful (and safer) in the long term if we could remove most of the imperial units from new aircraft instrumentation, procedures, ATC, documentation and maps (at least for anything other than altitudes)

Just asking what is the current view from the air transport community itself.

For me metric or imperial is not the question, from my perspective the key is standardization. Having 2 different unit systems has only got drawbacks:

Having 2 standards is a cost that is not producing any value and is actually a sector issue, moreover, a society issue. From my point of view the industry should try to move to a single standard. Metric or Imperial, I don't mind.

Next discussion will be which side of the road we should drive...

Not the answer you're looking for? Browse other questions tagged measurement gauge units or ask your own question.

21
Who decides what measurement units are used for altitude, and why is there no standard?
27
Why doesn't the aviation industry use SI units?
6
Why does the A350-900 call out to retard at 20 feet above the runway?

21
Who decides what measurement units are used for altitude, and why is there no standard?
23
What is the measurement system used in the aviation industry?
5
Does the US military use metric system?