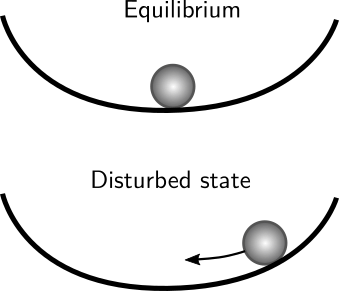 8
What are lateral, longitudinal and directional stability?
43
Do pilots adjust the aircraft's flight path to allow for the curvature of the Earth?
38
Are fighter jets designed to be so inherently unstable that a human can't fly one unassisted?
25
Are passengers really not allowed to change seats before take-off due to weight and balance?
19
What does it mean when an aircraft is statically stable but dynamically unstable?
18
What is the "yaw damper"?
12
What are the pro/cons of polyhedral cranked wings?
13
Could a plane be constructed to be fly in fixed-stick roll-stable circles?
12
Why would a canard wing be more prone to icing than a stabilizer?
10
Is it possible to balance a tail heavy plane with a vertical prop on its tail?
See more linked questions