Why would a commercal flight circle while enroute?

While selecting random flights to learn about FlightRadar24, I came across AC7311 flying from Toronto, ON (CYYZ) to Indianapolis, IN (KIND), and saw that it flew a couple of circles southwest of Lima, OH (near KAOH). 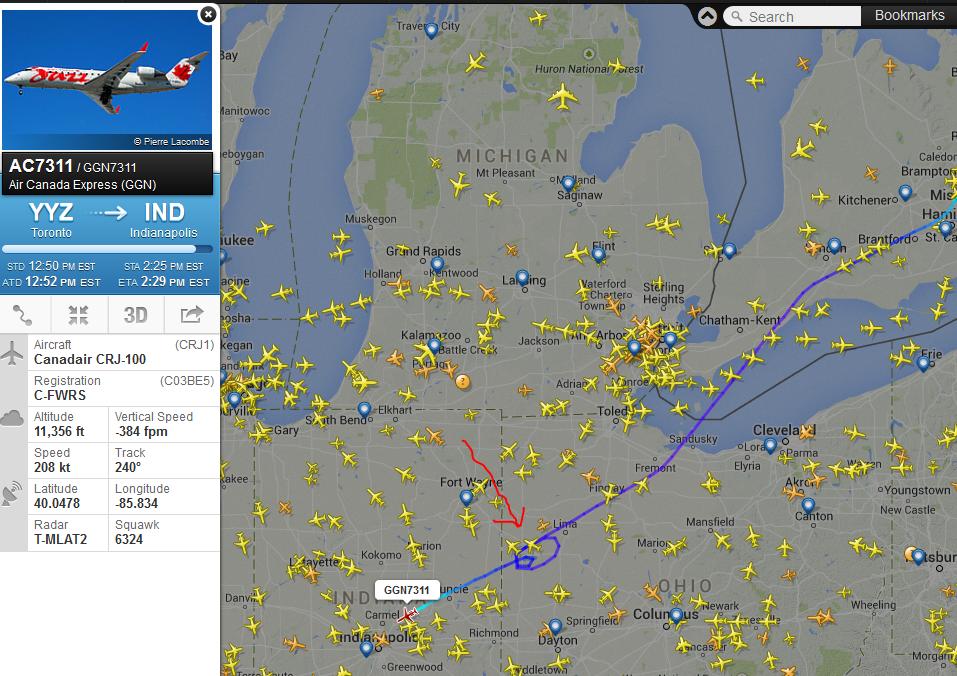 What are some of the reasons Air Traffic Control would direct the pilots to do that?

As others have noted, this is called a holding pattern, which is used to delay an aircraft while in the air. Of course, this takes time and fuel, so the system works to prevent this from being necessary.

The primary use of holding patterns is by ATC to delay arrivals. This could for traffic reasons, to delay the aircraft until it can join the line of arriving aircraft. It could also be for facility reasons. Bad weather can reduce the rate at which an airport can accept aircraft, meaning some will have to enter a hold. An airport can also be closed for weather, or for another reason, in which case all aircraft must enter a hold, or land at an alternate airport.

Pilots sometimes need to use holding patterns as well. If they have an issue with the plane, they may need time to follow their checklists and diagnose the problem. ATC will give them a place to hold for this time.

Standard arrival procedures generally have holding points published for these cases. When a holding pattern isn't defined, one can be created. The aircraft will fly for a standard time before turning around, and repeating as necessary.

A better FlightRadar example is perhaps the following image, showing three aircraft in the stack and one leaving it 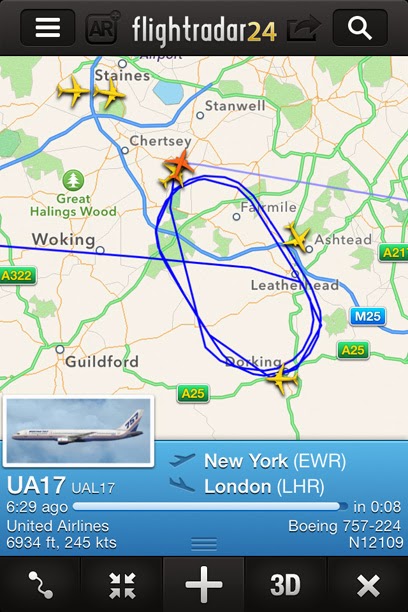 ATC can direct a plane to enter the pattern in order to ensure separation between landings: two planes might reach the airport almost at the same time, the first might be directed to land, the second will have to wait.

This maneuver of doing a 360° turn is issued by ATC. There are two reasons for this:

By looking at the map, it appears that what your interested flight did was a holding pattern, because it is not too far to the airport.

6
Why did this commercial flight fly in circles while far from the destination?
15
How do airplanes get stacked in a holding pattern?
2
Why do some aircraft approach the runway with a long detour and others with a short one?

16
How does ATC protect Air Force One?
8
Is it fact or fiction that Ashgabat control tower is misplaced?
35
Can a military pilot make his airplane invisible for the ATCs?
7
How do ATCs choose between Tower, Approach, and Enroute facilities?
50
Why was my flight cancelled due to bad weather while other flights were not?
3
How many radio transmissions per hour occur on a given frequency over Europe and North Atlantic?
6
Can ATC terminate flight following AND approve (arbitrary) frequency change while still inside Class C airspace?