Would it be more effective to increase the length or chord of a rotor blade for better performance?

Would it be more effective to increase the length or chord of a helicopter rotor blade for better performance? (Say, 10%?)

It's not so easy. The blade length, chord and engine power are connected in complex ways, and for each desired performance there is an optimal combination of those parameters.

Rotors (and wings) generate lift by accelerating air downwards. The lift is proportional to the rate of change of inertia of the air. This, however, also changes kinetic energy of the air and therefore requires power. This is called induced drag.

The amount of air affected is proportional to the area of the rotor disk (the whole area in which the blades move) and that is simply ($\pi\times$) square of blade length. So in a sense the answer is easy: only blade length has effect, blade chord does not.

However, increasing the blade length also increases the form and skin drag of the blades, so beyond some point the form drag will exceed the induced drag and any additional increase in blade length won't improve efficiency further.

Even more importantly, a longer blade will be heavier and therefore will have to be stronger to withstand the centrifugal force when turning, and stiffer so it does not bend too much when not. But that will make it even heavier and you'll reach a point where you simply exceed the capabilities of the material. And of course higher weight also means more lift is required. These effects will further reduce the optimal length of the blades.

The blade chord is then a secondary parameter governed by two concerns: the chord has to be long enough so the blades can generate the necessary lift without stalling and they have to be strong enough, strength being proportional to chord times thickness.

So if you want to improve load, you can try to improve efficiency, which you could do by making the blades longer, but you need to find a material with higher specific strength, otherwise the increased weight will outweigh the improved aerodynamic efficiency.

If you don't have that, you will primarily have to increase power of the engines. The optimal blade length may then be longer too, but you will be hitting the limits of the material quickly; that's why there are multi-rotor helicopters.

If you instead meant speed, that's a completely different issue and neither blade length nor chord play a significant role there. In forward motion, the speed of a helicopter is limited by two constraints: sufficient portion of the retreating blade has to move aft relative to the airflow and the tip of advancing blade must not exceed speed of sound (actually, critical Mach number, which is somewhat lower). The first requirement means the tip speed must be around three times higher than the maximum forward speed, otherwise the retreating side of the rotor won't be able to generate enough lift and the aircraft will roll to that side. Together with the second parameter, it limits the speed to about a quarter of the critical Mach. There are some experimental twin rotor (intermeshing, side-by-side) helicopters that don't mind the lift asymmetry and can fly somewhat faster. But it has nothing to do with blade length; blades of larger rotor spin at lower rpm to maintain similar tip speed.

Helicopter performance, as in power required for:

Points 1. 2. and 3. boil down to the question: how can we maximise thrust for a given installed engine power? This is done by increasing blade span and decreasing rotor solidity (blade chord and number of blades), analogous to having a higher aspect ratio for a given wing area in a fixed wing. There is a limit for this: in the hover, we would not want to exceed critical Mach number since we'll then be senselessly using engine power for overcoming compressibility drag. The answer for points 1. 2. and 3.: blade length.

Item 4. is the odd one out, now we want to decrease blade span and increase blade solidity in order to retain lift. Again the critical Mach number is the limiting factor, now because the tip speed is added to the forward velocity of the helicopter. A single rotor disk is tilted forward to produce thrust, and must also still produce all the required lift. Relief of rotor disk loading enables higher speed, by either:

The answer for point 4.: blade chord, but preferably more blades, or another rotor, or an additional fixed wing. 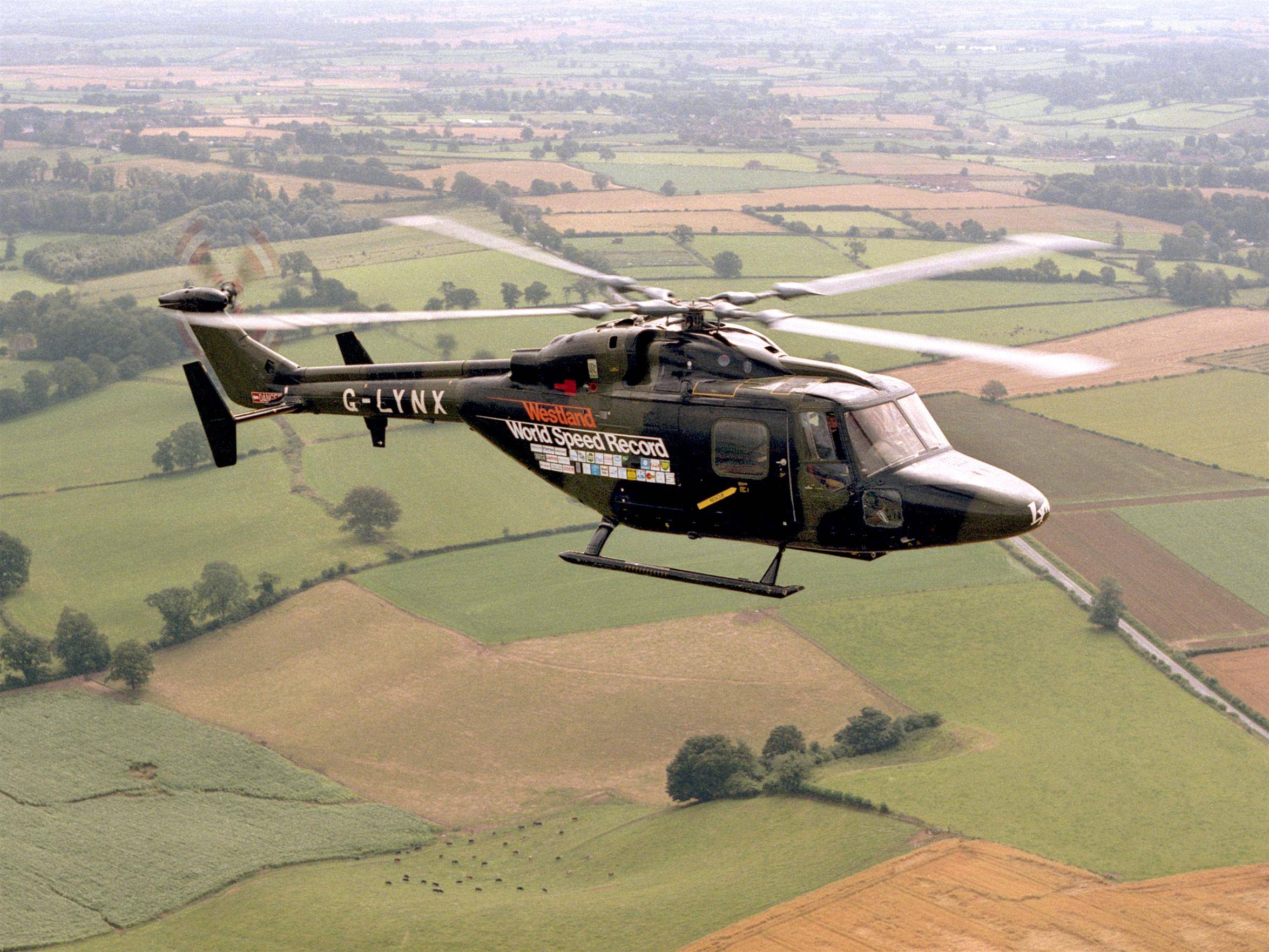 As of last year, the speed record for a pure single rotor helicopter was held by the Westland Lynx, using special high-speed wing tip technology to postpone the critical Mach number.

Exceeding 200 knots is a rare experience for a pure helicopter driver. Tilt rotors can do this routinely. This compound helicopter is built for speed as well. 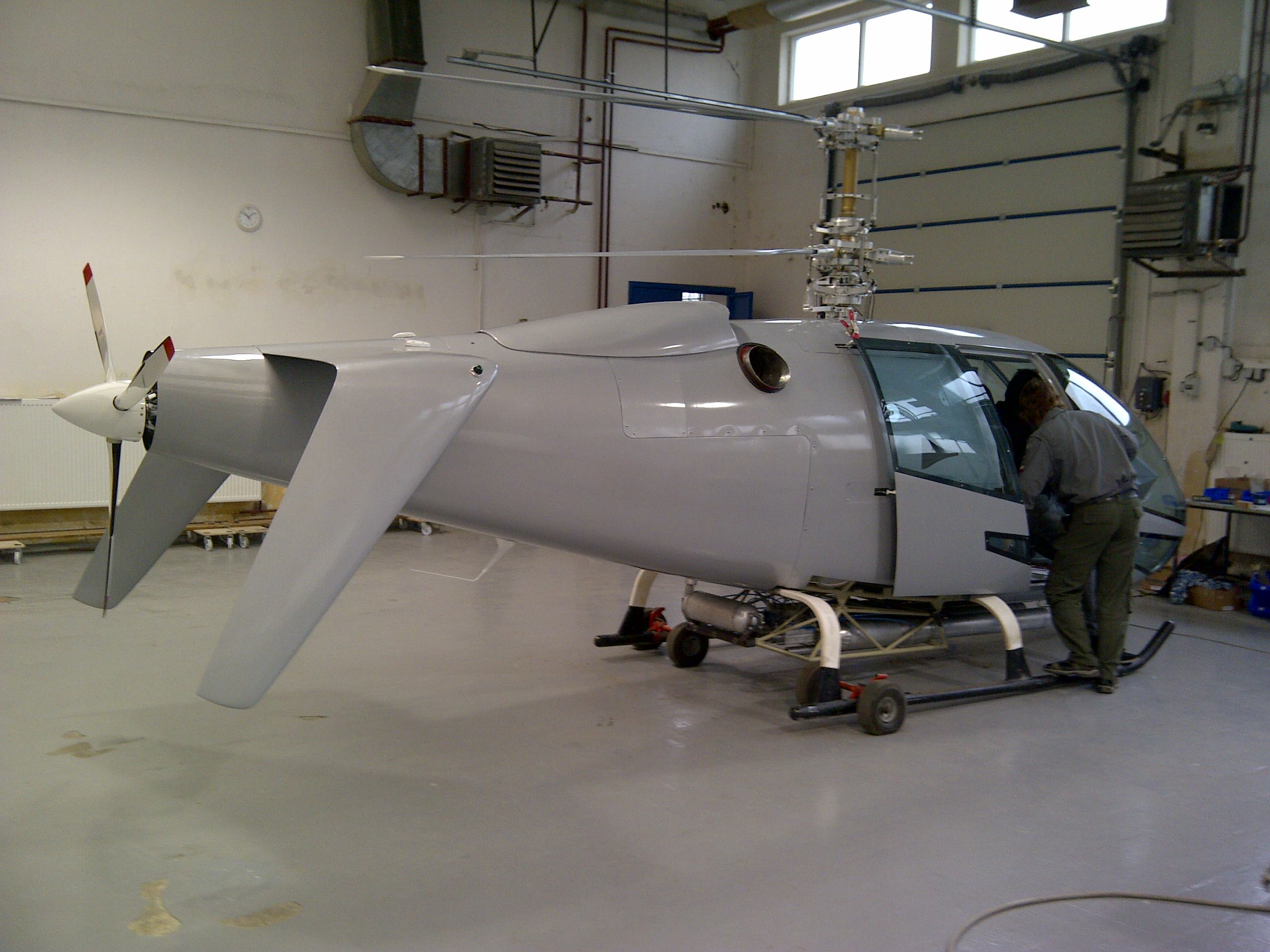 I assume you are specifically asking about increase in lift. There are a lot of other constraints and problems that come into play when designing an airfoil, but here is the short answer.

So the short answer to your question is: increasing the chord is more efficient than increasing the length. However, there is obviously a lot more at play, or else helo rotors would be short and stubby!

7
Why don't helicopters prefer shorter rotors with more blades?
7
What is the relation between a helicopter's length and rotor diameter?

7
What is the relation between a helicopter's length and rotor diameter?
4
How does the rotor blade material affect aircraft performance?
13
Why do helicopter rotors have constant section and angle of attack?
4
Why does the rotor thrust decrease at smaller tip clearance for shrouded rotor?
2
Could a shrouded fan blade with long chord length be efficient?
8
What are the design principles that result in thin, long-span, narrow chord main rotor blades?
2
What is the name of the unequal lift distribution across a helicopter rotor blade?
2
Why increase chord length for supersonic aircraft (swept vs delta wings)?