Could a single engine pilot land a passenger jet? (from Airplane)

I'm assuming that almost everyone on this website has seen the movie Airplane at least a few times...

Last time I was watching it I was wondering how plausible the actual act of having a single engine prop pilot, with a lot of training (maybe comparable to a modern day aerobatic pilot), land a quad engine passenger jet? 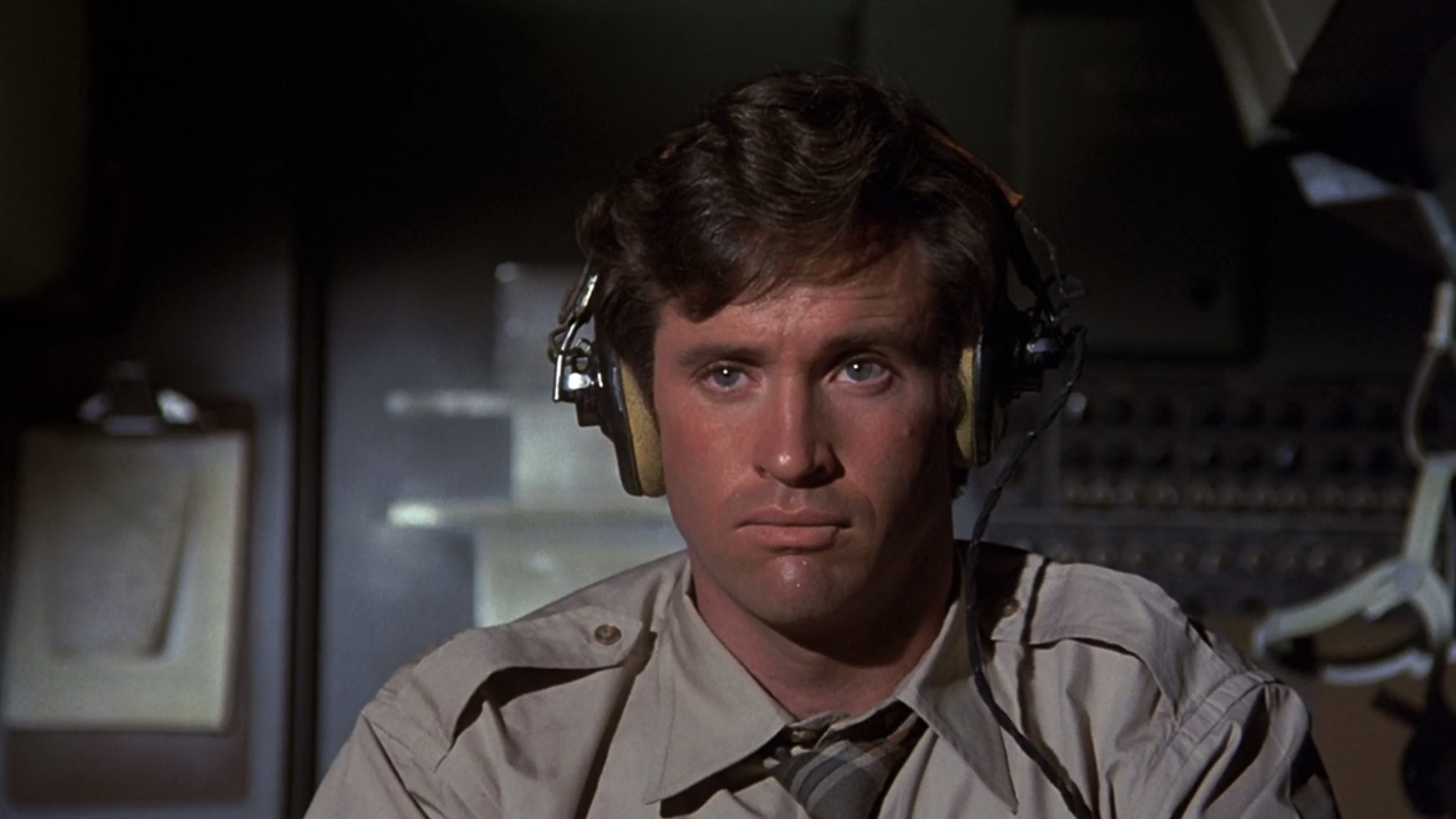 I can relate to you the true story of my uncle who successfully landed a large WWII aircraft with no flight training.

He was the flight surgeon on board a large aircraft that got heavily shot up. Hostile fire killed or severely injured every crew member.

He moved the pilot out of his seat, and contacted a control tower. With the expert help of the control tower operators, he successfully landed the aircraft.

After the war, he had a private practice in his home where he saw patients. For patients too ill to come to him, he performed house calls. He continued to perform house calls until a short time before he passed.

I have always thought his life story would form a compelling foundation for an inspiring movie.

The question will have subjective answers and this is my opinion. The basics of flying an airplane doesn't change from a single engine airplane to a big airliner.

The concept of lining up on final, flaring into the touchdown attitude and setting it down is exactly the same. There are some things that are different; for example, retractible landing gear, leading edge slats, spoilers and thrust reversers.

Many of the differences can be overcome by talking with ATC and an instructor / pilot trained to fly that airplane through the radio. The biggest challenge would be knowing when to flare as you are sitting much higher in an airliner than in a single engine airplane. This can be overcome with listening to the radar altimeter and flaring as directed by the instructor.

I'd share a personal experience: a few years ago I got the chance to fly a Boeing 737 simulator (the real thing, not the PC simulator!) At that time the only real aircraft I've flown was a Cessna 172. I managed to land on Kai Tak airport in the simulator on my very first attempt to land a (simulated) 737. I was so nervous that I totally forgot to call for the landing checklist, and the instructor helped me with the gear and flaps, but I was the sole manipulator of the controls and I landed with no automation whatsoever, not even ILS.

How? There were a few factors that came into play:

My answer? If it's a perfectly flyable aircraft (no failures), calm weather, then Yes, definitely! Here's what I'd do if it happens in real life:

My dad, an experienced pilot, was once given the chance to fly a 727 simulator (full motion, the works). He stalled it 40 feet over the runway and the simulator came down hard enough on the stops to hurt his back and scramble the gyros.

That's only one data point, but any rate, the crash would have been survivable, so there's that.

There, to date, have been no documented cases of this happening. There have been a few "talk down landings" in smaller aircraft with low time or inexperienced pilots. Similarly there is at least one documented case of an air force B-1B Pilot assisting in landing an airliner he had no experience flying but you can argue he had plenty of jet time. People have tried it in simulators of course but a sim is a sim. Of course things like cross winds and runway length will play into the success rate of an event like this. I will say that the margin of error on these things is small and on a calm day I'm sure it's possible. I would hesitate to give a hard yes to this question since there are far to many factors to take into account but I do feel under the correct circumstances it could be done.

On a small side note, since this question is about Quad Engine planes (747, A380 etc) considering the distances those planes typically fly it's more than likely that there is one if not two relief crews on the plane so the chances of everyone becoming incapacitated and requiring a passenger step up to the plate is slim to none.

37
Could you land a large airplane on short circular runways?
27
At what speeds can an airplane land?
29
Can a fighter jet land on a modified airliner?
9
Could a light helicopter pilot land a transport-category helicopter?
1
When does a pilot and when does a co pilot start/land?
2
Can I legally land an airplane in in Badwater Basin, CA?
4
How does a remote pilot land a fixed-wing UAV?