How accurate is the inflight location information?

I'm wondering how accurate the location information displayed on the in-flight entertainment system is. As I recall, it always shows quite direct routes, such as this:

However, I'm wondering how accurate this information is. I can image that because of ATC the route will not be as smooth as displayed above. Does it simply show a predetermined route as function of time?

More towards a specific case, would the people onboard the Malaysia Airlines MH370 be able to see the changed course of the aircraft?

The route is actually quite accurate; it is derived from the navigation system of the aircraft. You can determine your departure and arrival routes pretty well from the inflight entertainment system if you are familiar with the routes on the airport you are flying.

In the image in your question you can see a slight course change East of Newfoundland. This is where the aircraft entered its oceanic track.

If the system was operating on MH370, it would have shown the course change as well.

Below you see what the IFE showed on 11 september 2001 when aircraft heading towards the USA were not allowed into US airspace after the attacks. 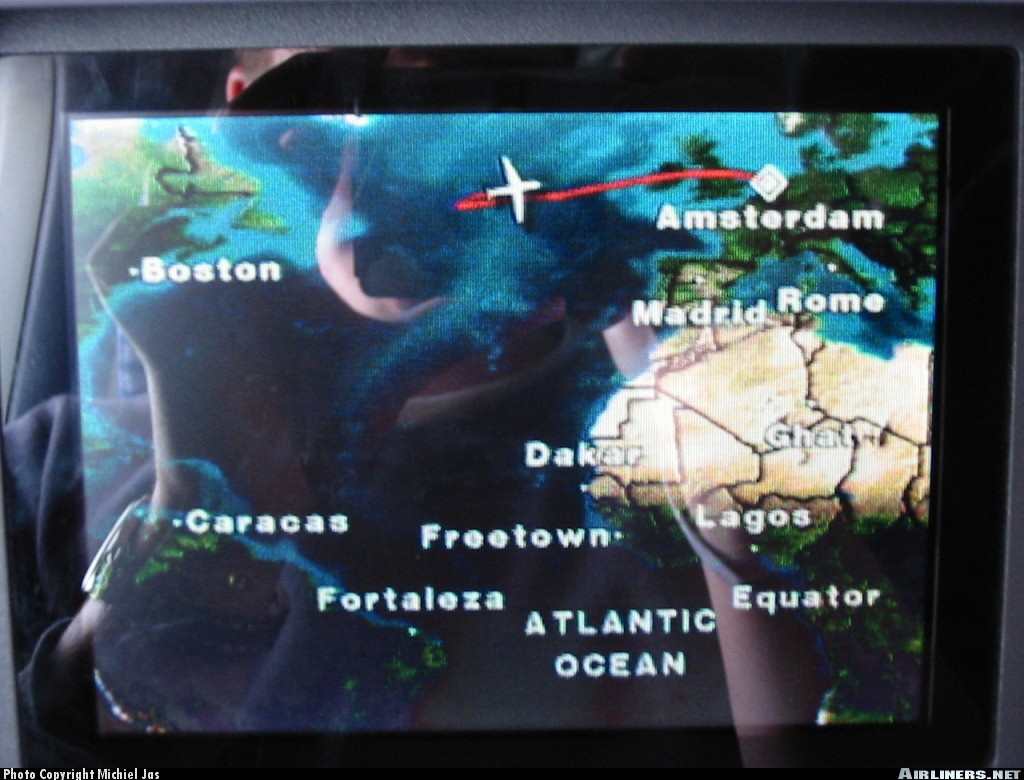 The position should be fairly accurate, as it is probably taking from some of the airplane's navigation systems. Even if it isn't, the image you posted can't be expected to be accurate to more than +/-100 miles or so, due to the map scale and size of the airplane icon. But at closer zoom levels, you can see the accuracy is much better.

It's certainly possible that the system uses the pre-programmed flight route and estimates the position based on time. But especially on a long flight such as this one, conditions enroute like winds could significantly change the flight time, enough that it would be obvious that the location was wrong.

Airplanes generally will fly as direct as possible, since that would be the route that requires the least time and fuel. However, winds or significant weather may require the plane to change its path.

In the picture you posted, you can see a slight turn to the right over Newfoundland as the plane is entering the North Atlantic Track it is following for this flight.

So if the MH370 plane had this equipment, and it wasn't somehow disabled, then yes, the passengers would have seen the real location of the airplane.

See also another question regarding this display.

3
Is there an offline airplane route software similar to the in-flight entertaiment map?