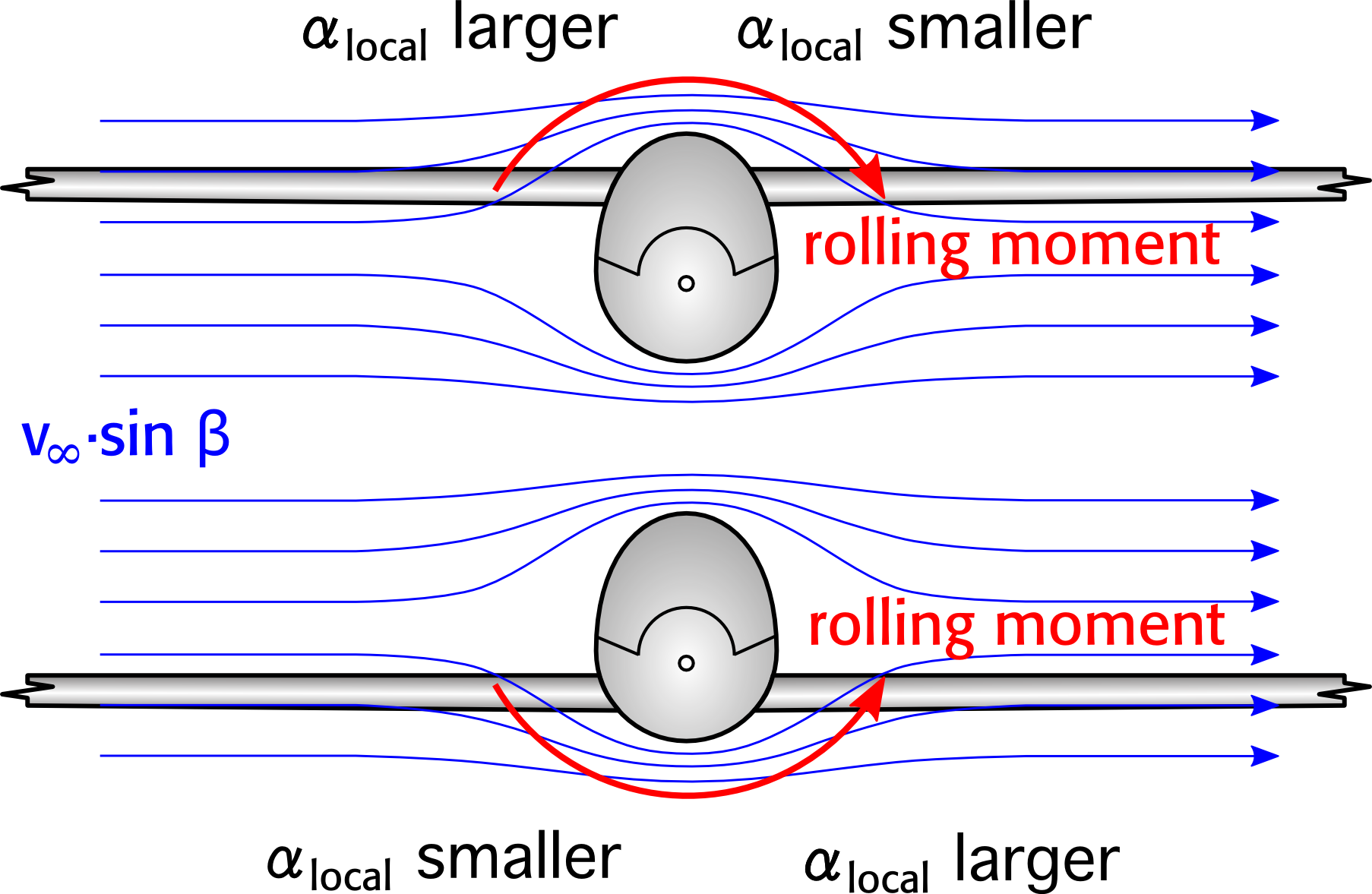 36
Why does An-225 have anhedral wings though it is a cargo aircraft?
55
What's the advantage of the F4U Corsair's gull wing design?
17
Why does rudder cause roll?
18
Why are high-wing aircraft more stable?
12
What are the pro/cons of polyhedral cranked wings?
12
In a slip or skid, how does one wing have a higher angle of attack and more lift?
10
Is this paragraph about the dihedral effect in the FAA's Glider Flying Handbook correct?
3
How does the vertical height of the wings on a plane affect flight relative to its position? E.g., how does a higher high wing affect flight?
3
What are the effects of the tilted lift vector in a banked plane?
4
Is a biplane without dihedral more stable than a low wing monoplane without dihedral?
See more linked questions

36
Why do aircraft need a vertical tailfin, but birds don't? (and lots of fish do?)
28
Why does the DC-10's horizontal stabilizer have such a pronounced dihedral?
18
Why are high-wing aircraft more stable?
0
What is the difference between a forward, aft, high and low center of gravity?
10
Is this paragraph about the dihedral effect in the FAA's Glider Flying Handbook correct?
5
What effect does wing loading (high and low) have on aircraft performance?
3
Does dihedral improve roll stability in gusty conditions?
6
Why does a Cessna 172 have dihedral wings if it has high wings?