Are we at peak speed efficiency for jet airliners at Mach 0.85?

The cruising speed of large jet airliners has not increased in the past four decades. The 747 cruised at Mach 0.85 and the new Dreamliner 787 also cruises at Mach 0.85 even though it was designed 40 years later (1969->2009) and uses advanced, composite materials and more powerful and efficient engines. Meanwhile, faster airliner designs have been shelved, most notably the Sonic Cruiser (Mach 0.98).

This seems to indicate that as long as we value fuel efficiency over travel time, that we have reached peak speed efficiency at Mach 0.85 and that the only difference will be the comfort (or discomfort) of travel at that speed.

Are there fixed physical limitations at Mach 0.85 that make this the most efficient speed for jet airliners? Does this mean that even with advances in materials science and jet engine technology, we will not see significant transoceanic speed increases in the foreseeable future - so long as fuel efficiency is primary? Will airline travel forty years from now -- 2054 -- still be at Mach 0.85?

Short answer: Increasing fuel prices would have driven down the most economical speed, but advances in aerodynamics have compensated for that and the maximum cruise Mach number is still at Mach 0.85. But there is a much simpler reason why this Mach 0.85 number seems so immutable.

Please note that we are talking about the maximum cruise Mach number; all airliners will fly more economical at slightly lower Mach numbers between 0.78 and 0.82.

Now we need to define efficiency. For airliners this is haul capacity per time, and can be expressed by the product of payload, range and speed. When none of the three constituents can be changed without making the product more costly to achieve, you have reached the point of best efficiency.

The biggest change in the last 50 years was in engine technology. Bypass ratios have increased to values close to 10, the turbine inlet temperature is now 300°C higher than in the early jet age, and electronic control has improved especially the off-design performance of engines. This has made it less attractive to increase flight speed, so the optimum cruise Mach would be lower if no other effects had influenced it.

Another effect is the lower fuel consumption. Early designs had to use a high wing chord to pack enough fuel volume for transoceanic flights. The much lower consumption of modern engines has given them ranges which are more than what is needed to reach every point on earth directly. This made it possible to reduce wing area, thickness and mass, and to save some friction drag, helping fuel economy again. The lower thickness helps to make higher cruise Mach numbers possible.

Aerodynamics is the second factor. With the A310 supercritical airfoils were introduced, and they shifted the operating Mach number up because now a limited region of supersonic flow on the wing could be tolerated without a significant rise in drag. However, the benefit from that was used to reduce wing sweep, increase airfoil thickness and to attach bigger fuselages to those wings. In the end, the newer airplanes had the same cruise Mach numbers as their predecessors. Something made Mach 0.85 too attractive to abandon.

A second effect of supercritical airfoils is their blunter nose, which helps to reach a higher maximum lift coefficient. This also contributed to reducing wing chord, because now the wing area could be made smaller for the same landing speed.

Every new airliner needs to compete with the older models. On fuel economy this is no problem, but speed is also important. A higher cruise Mach number allows shorter times for connections. Now you have to know that the electronic reservation systems would list connections sorted by flight time, shortest first. When a travel agent wanted to book a flight, he or she would rarely look beyond the first screen and pick one of the first flights listed. If a new type made the flight slip down in the listings, it was a non-seller. This is even true in the times of online bookings: The airlines don't make much profit from the bargain hunters in Economy, their target are the business people flying in Business or First Class. And those still order mostly through travel agencies, so the rules have not changed. This is why that Mach 0.85 speed seems to be so firmly set; flying any faster would drive up fuel consumption disproportionally, and even the newest jets will mostly be flown around Mach 0.82 to Mach 0.84.

Making this speed possible is still a struggle for the design engineers, especially when you consider that larger aircraft would need thicker wings for structural efficiency, but need to be fitted with wings thinner than optimal to let marketing claim a cruise speed of Mach 0.85.

The problem is the "critical Mach number" of the wing planform. Most wings have a curved upper surface, which forces the air moving over that side of the wing to move faster, lowering its pressure, producing lift. At a forward airspeed of the entire airfoil near but less than Mach 1, the airflow over the top of the airfoil exceeds Mach 1 as it passes over the wing's leading edge, then slows again to subsonic speeds around the crest of the wing. This "transsonic" airflow increases drag on the aircraft at airspeeds between the critical Mach number and the speed at which all airflow over every surface of the aircraft is supersonic (when transsonic airflow is no longer a problem, but other leading-edge and wake drag forces come to dominate total drag).

Commercial airliners sometimes exceed the critical Mach number of their wings, producing a shockwave that is visible either as a mirage-like optical disturbance, or if conditions are just right, a vapor plume: 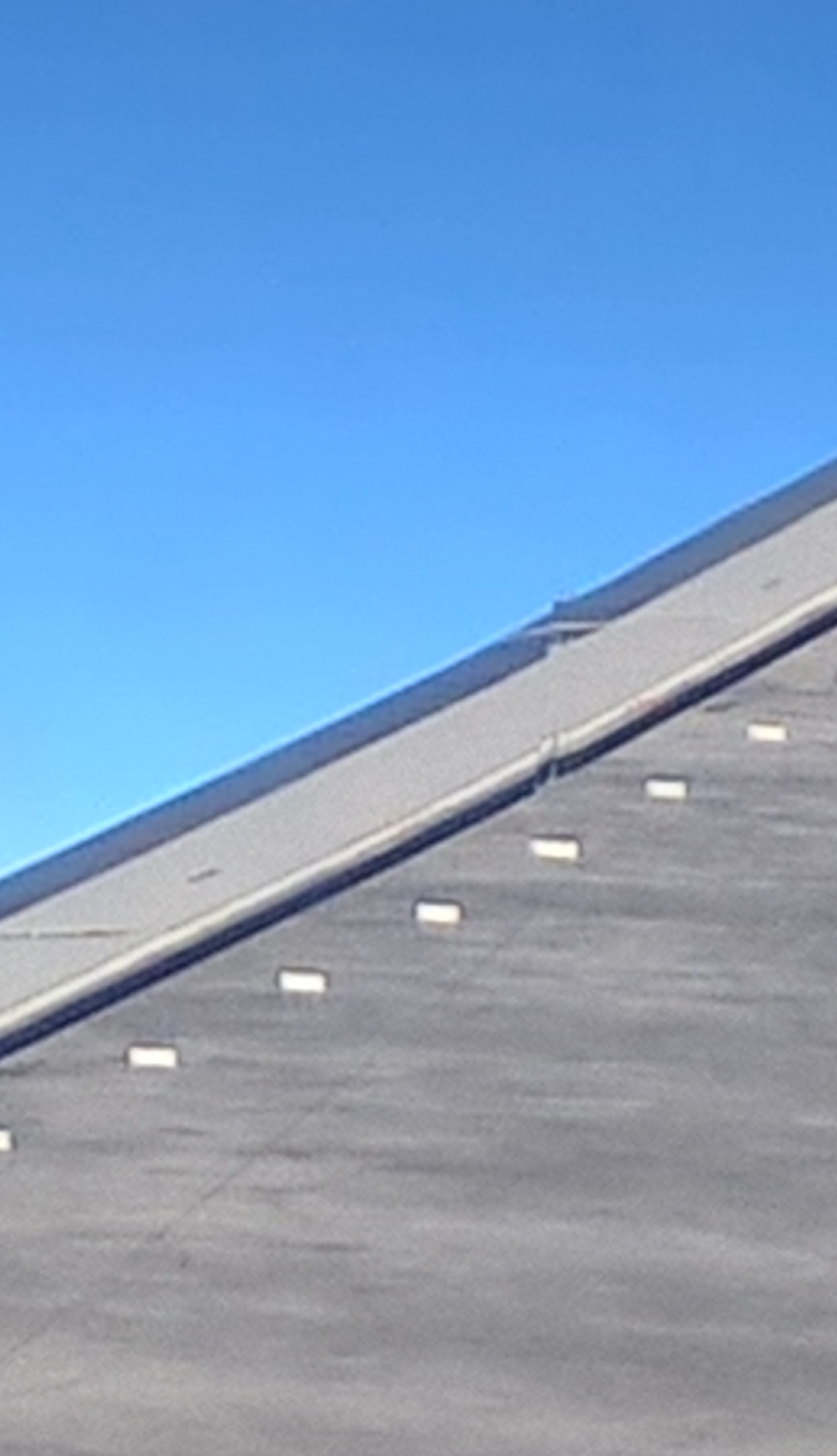 Fighter jets accelerating past Mach 1 commonly create "vapor cones" beginning at the transsonic border of their airflow, caused when the high variance in air pressure at this transsonic shockwave border forces water vapor to condense: 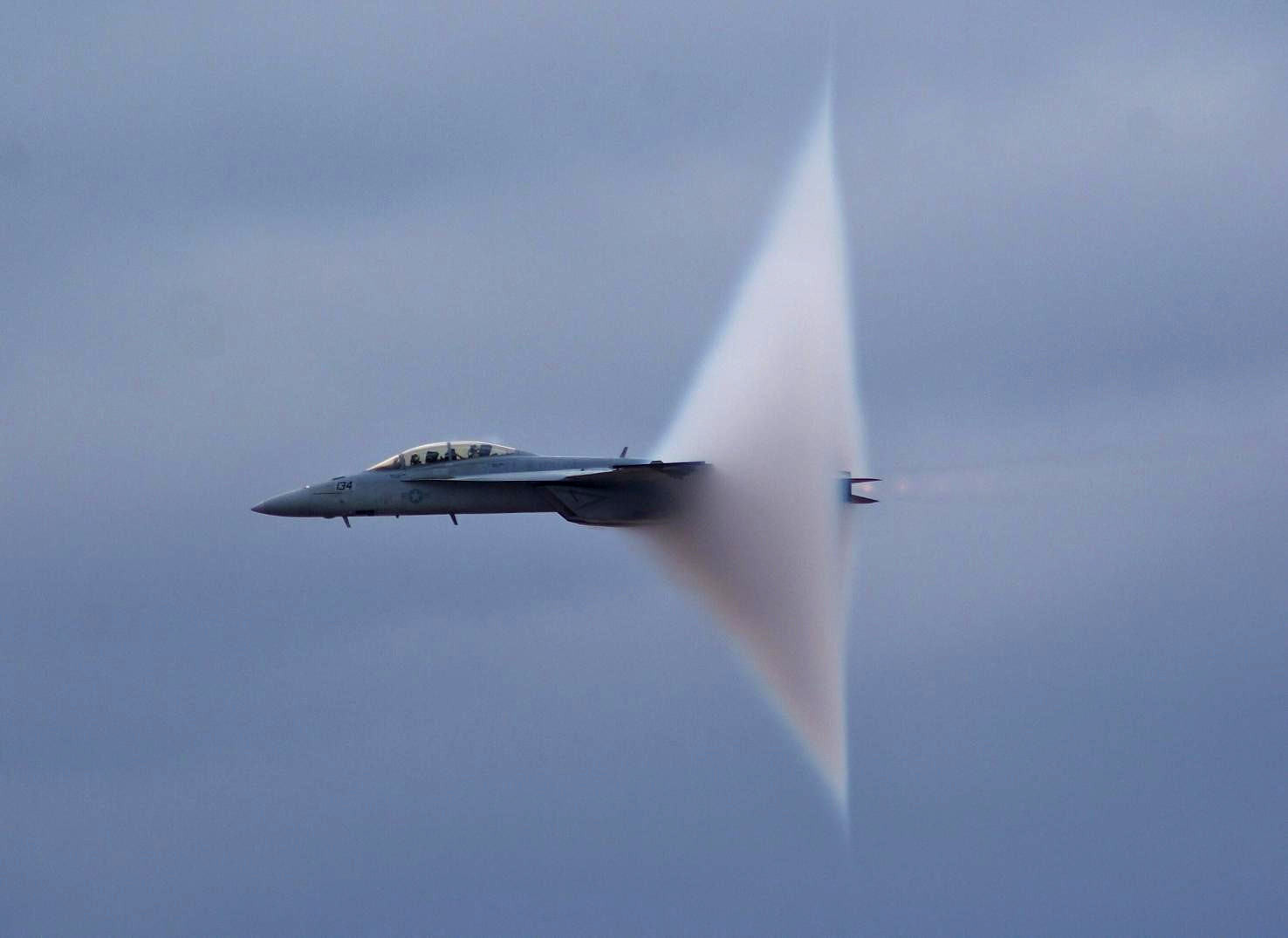 3
If planes can go faster, why don't airlines fly faster?
0
Why can airliners not fly as fast as fighter jets?
1
Why Planes Don't Fly Faster?
54
Why are many jet aircraft designed to cruise around FL350-370?
20
Why 1st and 2nd class but not fast or slow airplanes?
11
Is it possible to upgrade a Boeing 747-8 and Airbus A380's engines for greater speed?
34
Why are jet aircraft never designed with a slower cruise speed?
18
Why did the turbojet replace the piston engine?
24
Could airliners' wings be thinner if no fuel were stored in them?
18
Why does the speed of commercial airliners fluctuate, sometimes as high as 1,060 km/h or as low as 800 km/h?
See more linked questions

69
Why do jet engines get better fuel efficiency at high altitudes?
24
In what way are the Concorde's engines considered efficient?
9
Are tripropellant jet engines a viable way to increase fuel efficiency for large commercial airplanes?
10
Why are airliners not inherently "speed stable"?
17
Which jet engines have the highest thermal efficiency?
2
Is there an equation for jet engine efficiency as a function of turbine inlet temperature?
1
Airfoil and Wing Analysis for Transonic Speed (M = 0.85 and Re = 42 million)
2
Need help with calculation of engine airflow and jet velocity and efficiency