Is there any limit by FAA on the age of aircraft to be operational?

Is there any restriction by FAA that one can not fly a plane older than 'X' years?

If someone is maintaining an older plane (e.g. from 1990s), are there any regulations which prevents or restricts that person to fly that airplane?

I am interested in finding out both for commercial and smaller general aviation airplanes.

It depends on the aircraft, but in general the answer is that there are no regulatory age limitations, and indeed we have many aircraft flying that are 50+ years old.

A notable exception is the Robinson line of piston helicopters. The airframe on those helis is limited to 2200 hours or 12 years, whichever comes first, at which point the entire airframe must be completely overhauled. Some of the airframes are indeed rebuilt, but some are also scrapped, depending on level of wear and corrosion.

Since the airframe lifetime is in the LIMITATIONS section of the POH, it is governed by:

§ 91.9 Civil aircraft flight manual, marking, and placard requirements. (a) Except as provided in paragraph (d) of this section, no person may operate a civil aircraft without complying with the operating limitations specified in the approved Airplane or Rotorcraft Flight Manual, markings, and placards, or as otherwise prescribed by the certificating authority of the country of registry.

N60094, a 1909 Bleriot XI based at Rhinebeck Aerodrome Museum, has a valid FAA airworthiness certificate. So I think it's safe to assume there are no FAA restrictions based solely on age. 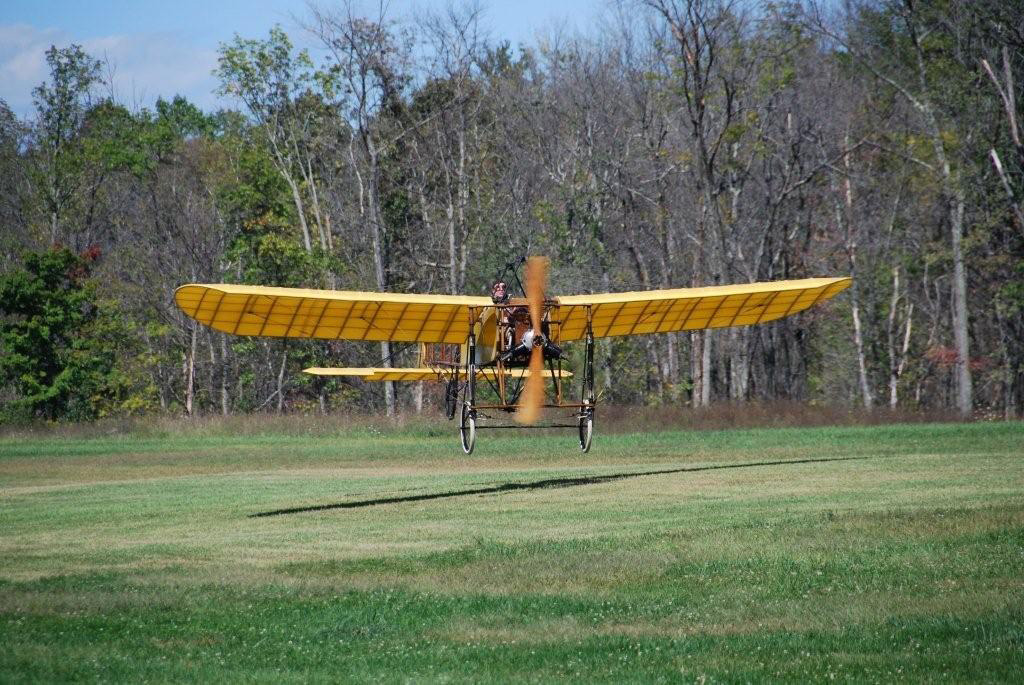 Aircraft hulls are limited in the wear and tear they can withstand due to metal fatigue that can develop (pressurized aircraft more than non-pressurized).

The manufacturer will impose limits on the flight time of the hull (an older airframe will be considered not airworthy) so any developing metal fatigue will not tear apart the plane in flight like what happened with the Comet or Aloha Airlines flight 243.

tl;dr it's the responsibility of the manufacturer to impose limits on the airframe age.

According to Wikipedia the DC-3 first flew in 1935, entered regular passenger service in 1936, and as of 2012 #10 off the production line was still in regular commercial service. I'd venture to say it's got more to do with maintenance than regulation. (I'm sure someone will quote the appropriate FAR section in a few minutes.)

As a general statement aircraft are pretty well-built (in fact, they are generally overbuilt so they'll hold up to use and abuse in excess of their stated design tolerances), and carefully maintained. As such there is generally no regulatory restriction on airframe age, though there may be other applicable restrictions (or recommendations) depending on the aircraft.

The most common restriction you'll encounter that's similar to what you're asking about is what are known as "life-limited parts" - Aircraft components that have a finite limit (expressed in flight hours, flight cycles, or calendar time), after which they must be replaced or overhauled.
These limitations are usually given by the manufacturer (in a Limitations section of the POH/AFM or Maintenance Manual, which has regulatory effect under FAA rules).

In some cases an entire airframe may be life-limited: (The R22 helicopter has both a calendar and hours limit, and commercial airliners typically have a flight cycle and flight hour limitation on the airframe as well.
In other cases only a component may be life-limited: The wings on a Grumman Tiger or a Piper Tomahawk must be replaced after a certain number of flight hours.

Even in absence of a specific limitation it's important to recognize that all airframes have a finite life - components will eventually suffer fatigue and fail, as with any kind of mechanical equipment. Manufacturers may recommend extensive inspections of older aircraft to ensure that fatigue is detected before the structure fails. (For example, while the Piper Cherokee family has no Limitations published Piper does recommend extensive inspections on aircraft that have accumulated a large amount of flight time.)

0
Aircraft lifetime and maintenance
2
Does the Piper PA-28 Cherokee have a limitation on its maximum lifetime flight hours?
6
At what age does a regularly maintained airframe most commonly start needing frequent repairs?

18
Why are older airplanes still in use?
14
How to replace two propellers on the same aircraft reaching the time limit?
4
Are there any guidelines on airframe age and metal fatigue in light aircraft?
4
Is there any FAA Regulation who may wash a private aircraft such as Cessna Skyhawk or Citation?
8
What is the difference between a functional check and an operational check?
2
What is the FAA's definition of "for hire"?
5
How far can A&P mechanics operate aircraft under US regulations?
7
Can windshield washer fluid be used to deice small airplanes?
8
May pilots receive compensation for performing preventive maintenance under US regulations?