Why use plywood to hold the bearings for the airbrakes on a fibreglass glider?

The ASK-21 is mainly a fibreglass construction.

However, the bearings for the airbrakes and their control rods are fitted into small pieces (some 10 cm wide) of what seems to be plywood molded into the fibreglass.

The following picture shows the plate holding the bearing for the airbrake, seen from the rear side in the space in the fuselage where the wing spars are joined. The bolt that sticks out holds the bearing of the linkage that transfers the brake movement to the rods in the wing. 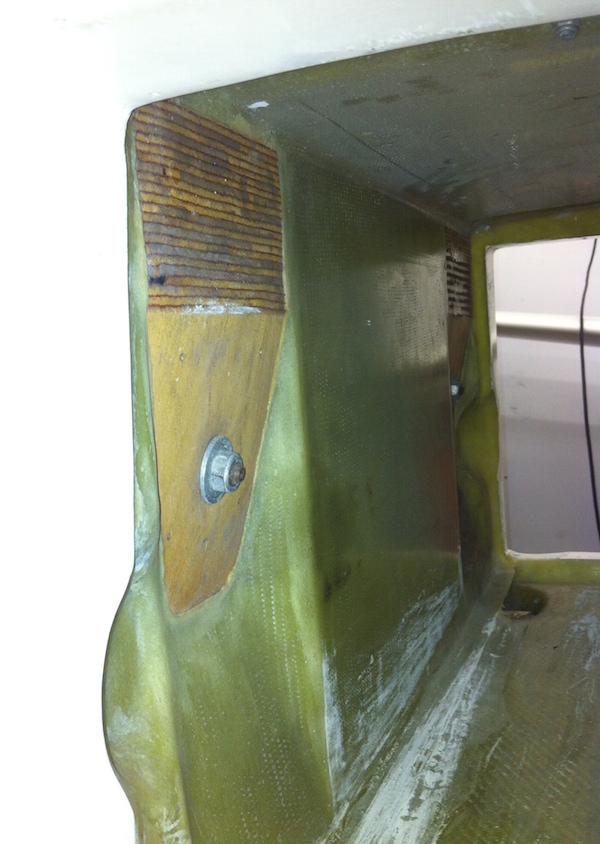 The last picture shows the bearings in the wing where the rod to lift the actual air brake is fastened. 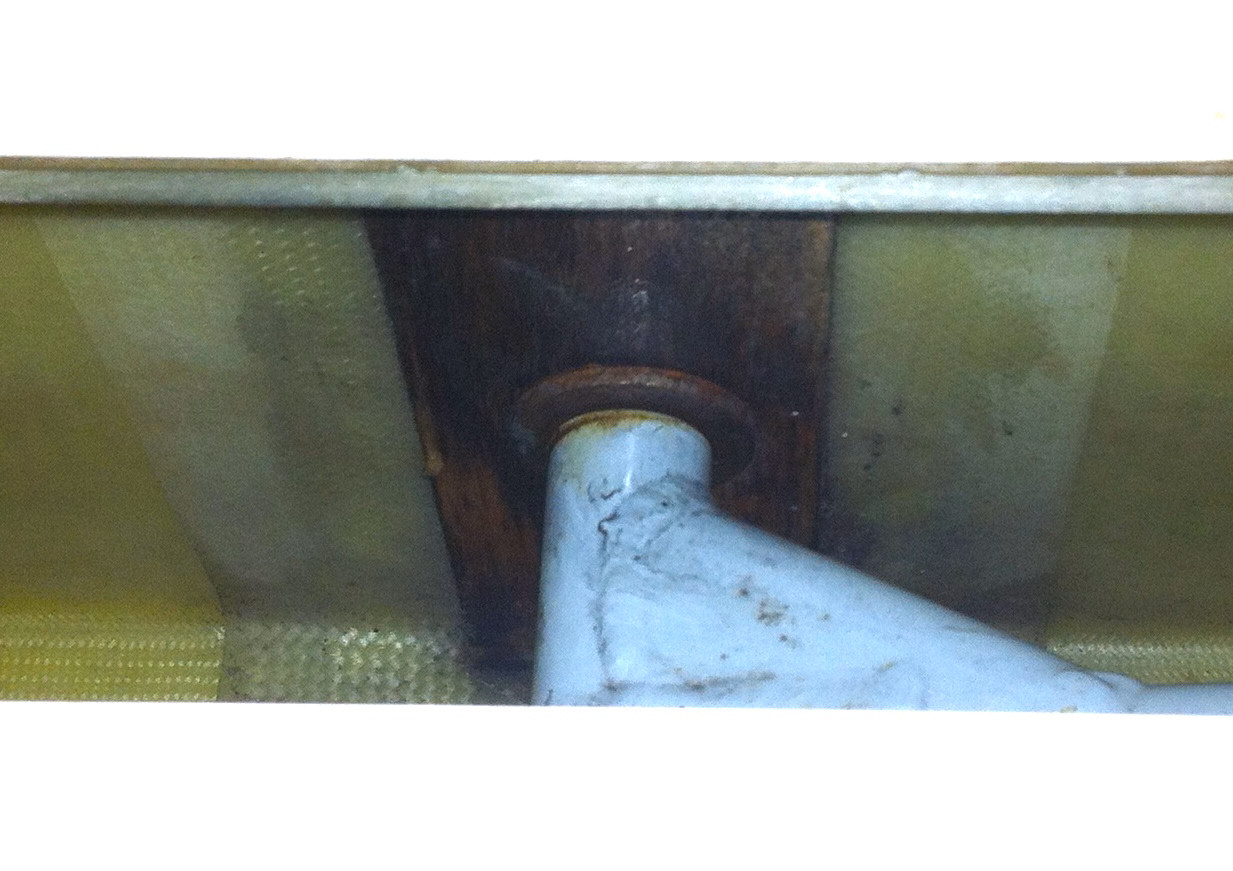 What is the reason for this choice of material - could the bearings not be fitted into the fibreglass structure without extra pieces of plywood?

This use of plywood is not ideal, but it works. The wood soaks up the epoxy and becomes an integral part of the fiberglass construction, and is easy to mold, so laying up the same geometry from glass fibers alone would be much more laborious.

Also, plywood is reasonably isotropic, at least in the two directions of the plywood layers. If you want to achieve similar isotropy with glass fibers, you need to interweave them - just wrapping one roving around the bearing will not do.

You could use other materials - aluminum would do, but doesn't bond as well to the epoxy resin. That Schleicher uses plywood has historic reasons. They used to build gliders with wood, some had steel tube fuselages, but wood was their primary construction material. When they started to build glass fiber gliders (the first was the ASW-12, which was a commercial version of the D-36, on which Gerhard Waibel cut his teeth as a glider designer and won the German gliding championship in 1964) they used what they knew best. And it worked.

For some bearings, you need a sufficent thickness of the socket and supporting structure to deal with bending moments on the rods/bolts, plus you need to transfer the point loads into the wing structure.

Plywood is well suited for this task, while being lighter, cheaper and easier to build and machine than aluminum or fibre-reinforced plastics. Together with the top glass laminate you get a lightweight, yet sturdy structure (essentially a sandwich). As already stated, (ply-)wood is a surprisingly fabulous material.

Making a thick spot in fibreglass (to support a point load) is actually a little tricky.

The resin produces heat as it cures, so if you have too much in one spot it can get so hot that it produces smoke. Instead you need to build it up in layers, with a wait of a few hours between each set of layers. Too fast and it overheats, but you also can't leave it too long or it won't bond well to the cured resin. If you don't plan well, you end up working through the night.

It's much faster and easier to slap in a block of wood, and do the whole job in one go.

Not the answer you're looking for? Browse other questions tagged glider or ask your own question.

4
Can I apply for ASEL and Glider class ratings at the same time?
4
How do I calculate new minimal speed for a glider when I put water into the tank?
2
Can hours accumulated in a glider count towards the 1500 hours for an ATP certificate?
15
Are glider winch launches rarer in the USA than in the rest of the world? Why?
1
Could the Perlan II glider be used for nearspace tourism?