Could the Airbus A350 be converted into the role of air tanker / be used for aerial refuelling?

Since the A350 is one of the most efficient jets out there, Is it possible that it can be transformed into a fuel tanker for Aerial refuelling?

Yes, it could be done. There is an A330 already working as fuel tanker. 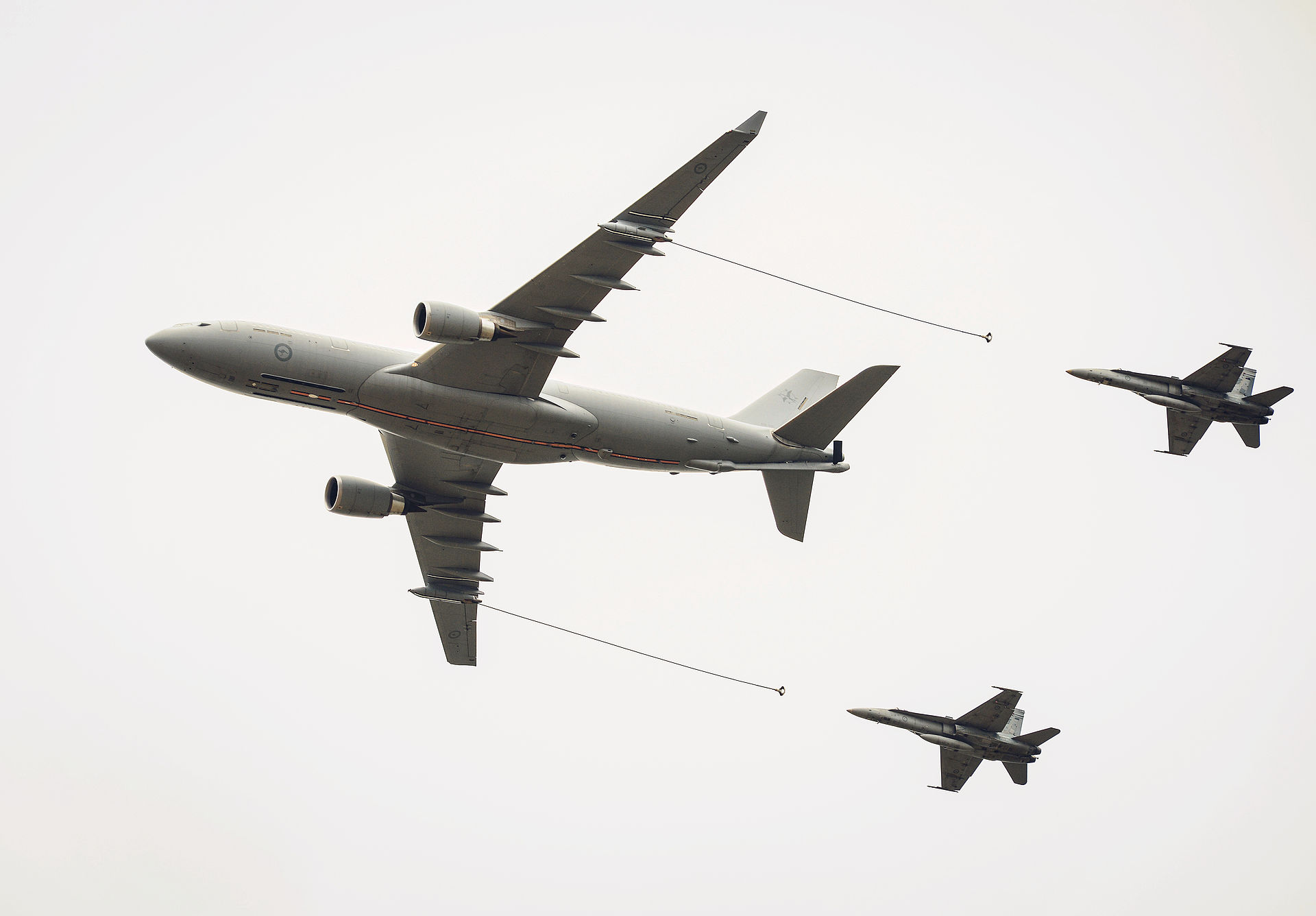 Airbus might build a A350 air re-fueler as mentioned here:

Airbus is already offering a tanker version of the A330, and could (potentially) upgrade their proposal with an A350 air-refueler. The A350 would offer a substantial increase in fuel offload from existing tankers, as well as the 767.

While payload, range, and efficiency are important for tankers, militaries have reasons for still using so many 707 variants.

Many of the reasons are similar to Why does the US President fly in an obsolete 747-200? Although making an aircraft into a tanker may be less challenging than making it into a SAM aircraft, it is still a large task. The fuel system needs to be modified and significantly extended, and many other components will be upgraded to military standards. This is a large investment for what is a relatively small fleet of aircraft. It has been more economical to upgrade the aircraft rather than select newer models. Smaller fleets of tankers have been converted from existing aircraft, which is cheaper with older designs rather than the latest and greatest.

Also, like the SAM aircraft, tankers do not see nearly as much flight time as commercial aircraft. The KC-135 fleet stood at an average of 17,000 hours in 2004, with a fatigue life of about 36,000 hours. This means that gains in efficiency are less important, and other costs like maintenance and acquisition are more important.

There have only been orders for about 50 A330 MRTT aircraft. Boeing built 8 KC-767 airplanes, and there are only 3 orders for tanker conversions. The US Air Force is ordering 179 of the KC-46 tankers, with possible further export sales. This overall represents a fairly small market.

Another important requirement is service life. The KC-135 aircraft in the US Air Force have been in service for at least 50 years now. The RAF aircraft are conversions and had a long service life, but not as long as the KC-135. The 767 and A330 aircraft currently being introduced as tankers are newer designs, but still with a long and proven service history. The A350 represents a large step in aircraft design, using composites much more extensively than before. While there is certainly a good amount of confidence that these aircraft will have a long service life, militaries may want to wait until the new design concepts have proven themselves before making expensive orders.

Not the answer you're looking for? Browse other questions tagged fuel airbus fuel-tanks airbus-a350 refueling or ask your own question.

3
Do airplanes have vapor recovery systems for refuelling?
18
Why is Airbus proceeding with both the A330neo and A350 XWB?
23
What does the term "tanker" mean when used in regards to a passenger airliner?
9
How is the crew rest area on the A350 accessed?
9
Why is the Airbus Beluga XL based upon the A330, and not upon the A350 or A380?
10
Does the Airbus A350 have an Automatic Emergency Descent System?
5
What fuels can turbofans burn?
10
Could modern unmodified Airbus aircraft be used for zero-G flight?
2
How a customer could choose "A330-Neo" or "A350 Regional" on shorter routes?
3
What is the A350's procedure for stained cockpit windows?