What is a gust alleviation system?

Reading about the 787 it says it has

an active gust alleviation system similar to the system used on the B-2 bomber. [1]

As a layman I am not sure I fully understand this, so my question is, what is the gust alleviation system?

A gust alleviation system is a control system fitted to some Fly-by-wire (FBW) aircraft that reduces the effect of gust loads on the aircraft by deflecting control surfaces such as ailerons, rudder and elevators.

The system works by measuring the upward acceleration of the aircraft and comparing that with the acceleration commanded by the (auto)pilot. A feedback loop adds a correction signal to the signals controlling the deflection of the control surfaces in order to counteract the accelerations cause by wind gusts.

In its simplest form the accelerations are sensed near the center of gravity of the aircraft. More advanced implementations work with multiple sensors in the body and in the wings. These gust alleviation systems do not only attempt to annul the effect of the gusts on the aircraft's normal (upward) acceleration, they also reduce the wing bending moments. This in turn reduces metal fatigue.

In the A380 the load alleviation system is nicknamed "valse des aileron" (Waltz of the Ailerons) because of the dancing movements of the aileron: 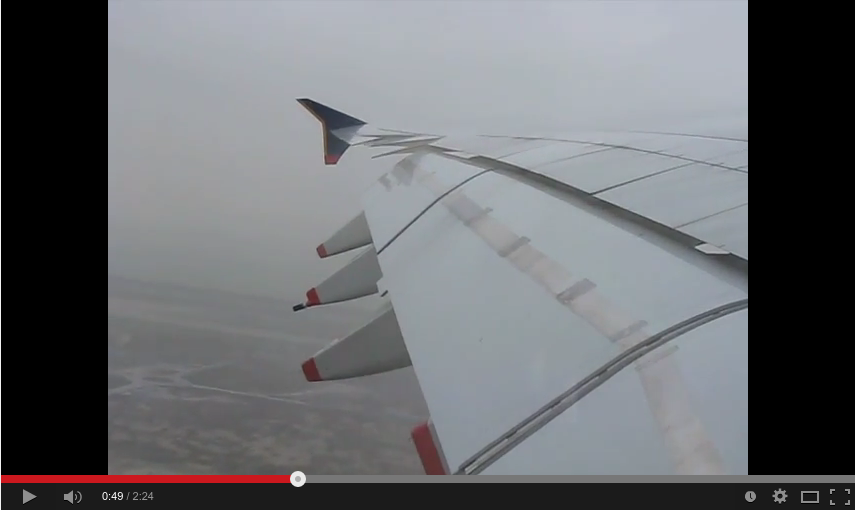 Gusts change the dynamic pressure of the airflow over the wing. Vertical gusts even change the angle of attack. Both will change the lift the wing creates, and especially vertical gusts add stresses for the structure and discomfort for the passengers.

Since the ailerons are at the outer 30% of span, they have a big influence on the root bending moment, but affect only a small part of the lift the wing can create. Therefore, while the bending moment can be nicely held constant, the lift will still vary, but less than without gust alleviation.

The part referring to the stick in the quoted patent refers to a mechanical control system with a naturally stable aircraft. If an aircraft with such a control system flies into a vertical gust, it will pitch up or down, which in turn will shift the equilibrium stick position. However, this will happen with some delay (the fuselage tip will "see" the gust first, and the tail will be affected by it some tenths of a second later), so the stick movement is a poor source for a feedback loop. I wonder why the patent mentions it - maybe the patentee wanted to cover all input sources.

Not the answer you're looking for? Browse other questions tagged aircraft-systems boeing-787 or ask your own question.

2
Can new technology help planes dodge turbulence?
12
Would the wings of a Boeing 787 be snapped off in the same turbulence in which a DC-8 lost an engine and parts of a wing?
7
What happens if the gust alleviation system on an A380 fails?
6
Does the 787 gust alleviation system make a more comfortable ride or for a more stable aircraft?
1
What type of aileron is the AIrbus A380 equipped with?

6
Does the 787 gust alleviation system make a more comfortable ride or for a more stable aircraft?
6
How does terrain alert system work?
2
What is the technical name of the electric window dimming system?
7
What is the relationship between "automatic flight control system AFCS", "autopilot", "flight director" and "flight management system FMS"?
8
How does the nitrogen generation system in a Boeing 777 work?
3
What happens if an aircraft's hydraulic system starts leaking during a flight?
4
What is an example of a system like MCAS?
7
What is meant by a "pressure system" in FAR 91.205?