What aircraft is this? [closed]

Yesterday, I saw a strangely-shaped aircraft in the sky.

Searching for "aircraft silhouette" on the web, I found this picture within seconds on a vector graphics site. It describes perfectly what I saw, so there is nothing else I can say about the aircraft.

But I did not find any information what aircraft it is.

The wings are not swept and those stubs at their front look like propeller engines. But it seems as if there are fans at the rear of the fuselage...

So, does anybody know what aircraft this is?

@DeltaLima: Not bad. I'm pretty sure that this picture really shows an A-10. The picture is part of a larger one, and the other aircrafts were military ones, too.

I saw the aircraft it in Geneva, near GVA airport. Now, I doubt that I saw an A-10 there, as the last A-10 left Germany a while ago, and afaik there are none in Switzerland or France. If I neglect the stubs (which I may have noticed on the picture only), it could also have been one of those at the GVA airfield, which have a comparable shape.

Meanwhile, I'm quite sure that it was one of those labelled A, B, C on this picture from google maps (though, B and C are pretty much the same): 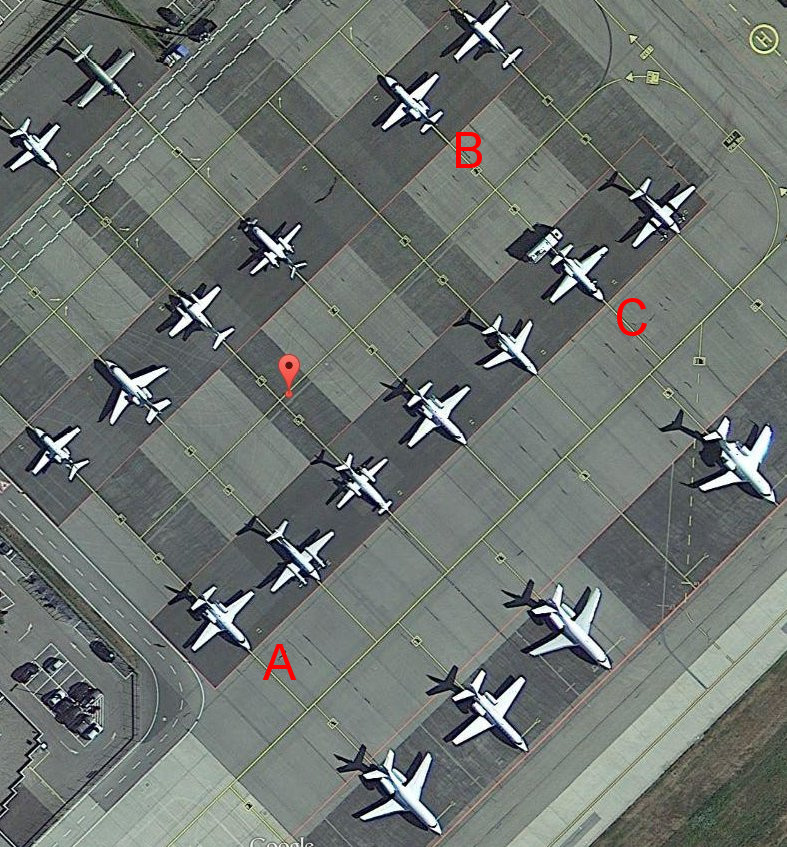 The airfoils as well as the elevator were definitively not (significantly) swept and there was no gap between the airfoils and the fans in the silhouette.

Maybe, it was one of those, maybe, it was a similar aircraft. May be, it really was an A-10.

So, this are three 'maybes'. Lets add another:

Maybe, we put this question on hold as there will be no definitive answer.

But thanks a lot for your contributions!

It seems to me that it is an Fairchild Republic A-10 Thunderbolt II, commonly know as "Warthog". 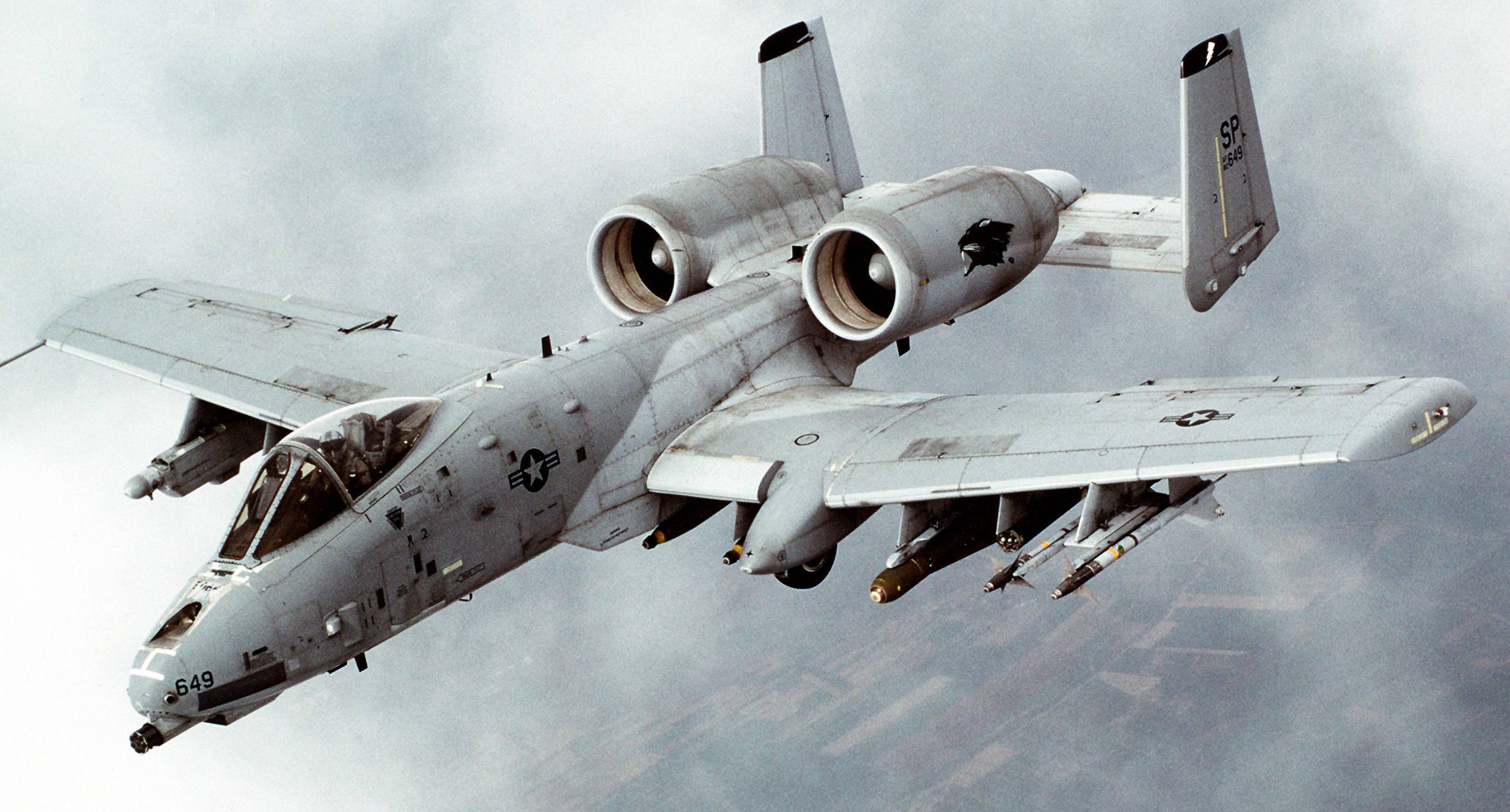 The "stubs at the front of the wings" are pods in which the main landing gear is stowed after retraction.

If you are in doubt that it was military, it might have been a business jet like the Cessna Citation II / Bravo / Mustang, which has a similar planform albeit without the stubs in front of the wing. 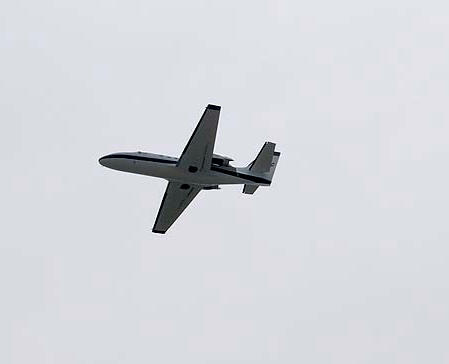 Using the replay function of Flightradar 24 you may be able to find out which exact aircraft it was. The coverage at low levels is not so good for all aircraft though.

7
Is there any way to tell the difference between MD-80 models?
24
What happened to this airplane at Lombok Airport?
14
What is the story of this aircraft?
17
What is this WWI aircraft?
4
What aircraft is this flying near Greenford?
10
What is this abandoned aircraft in Thailand?
6
What is this aircraft from ca. 1925 (crash included)?
5
What is this four-engine propeller airplane?
2
Which military aircraft does this seem to be? [F-16 vs MiG-21]
4
Identify canard, low-wing, single pusher-prop plane over Upstate NY