Is there a special way to calculate the (parasitic) drag produced by the propeller?

Is there a special way to calculate the drag produced by the propeller? Can I compute it with the standard formula for parasitic drag, with the circular area of the propeller as the wetted area?

To be more specific. I have a graph of the thrust vs. the incoming speed of my propeller 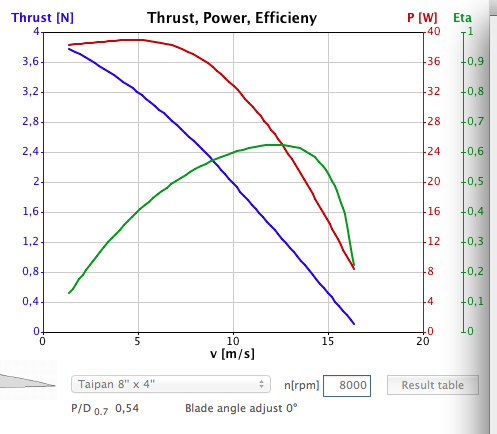 Not quite. The propeller accelerates air, and the cross section of the accelerated air is slightly smaller than the prop disc area. However, this jet of air will sweep surrounding air with it, so there is no clear boundary. Also, the fuselage or engine nacelle will displace the slip stream / propeller wake, so you need to check what cross section is needed to accommodate both. If you now look at the wetted area in the propeller's wake, you need to calculate two effects: 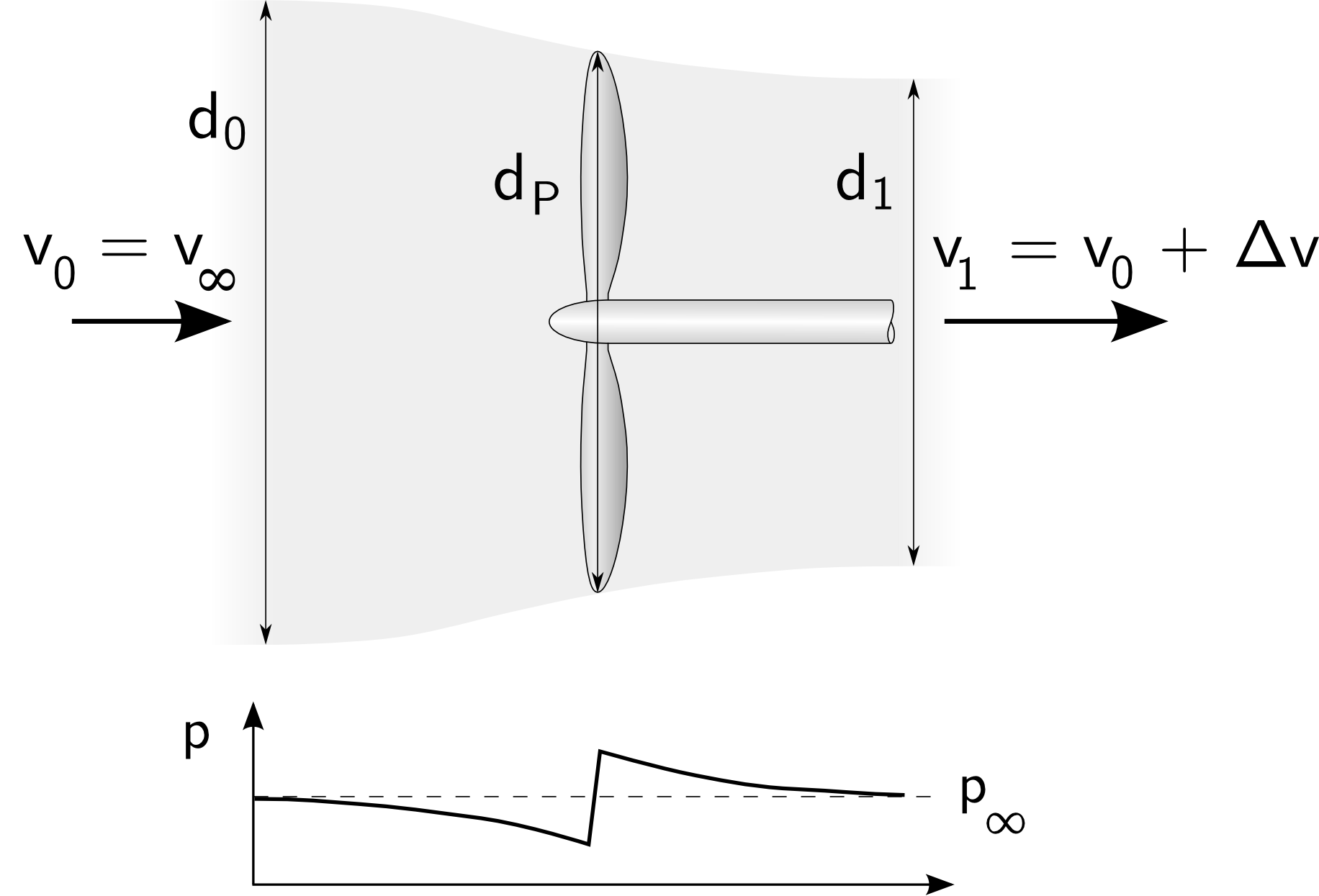 This answer by @xxavier lead me to a very interesting paper in which the drag of a Luscombe 8b with and without thrust was compared. A very thoughtful way was used to arrive at zero-thrust numbers, and the result showed that the additional drag from the propeller effects was about 30% of the total zero-lift drag without thrust.

20
What are the advantages of the NASA LEAPTech propeller on wing technology?
15
What is the propeller efficiency, $μ_p$, of modern propellers for light sport aircraft?
17
Why did upward turning propellers in the F-82 Twin Mustang cause a loss of lift in the center wing section?
10
Why don't smaller powered airplanes have better lift-to-drag ratios?

3
What is the true formula for parasite drag?
5
How do you calculate total drag on a wing?
6
What is the formula for induced drag?
2
How can the zero-lift drag coefficient (parasitic drag) be calculated?
1
In theory which causes more parasitic drag? A large smooth wing or a small, rough exhaust port?
0
How to calculate the induced drag coefficient?
1
How can the lift induced drag for a wing be calculated?
2
How to calculate drag of a flat rectangular surface at given area, air density, airspeed and angle of attack?